Lock-out relays provide reliable protection of critical utility equipment and personel. Electroswitch lockout relays can accommodate nearly any lock-out switching application in the electric power industry and can be the difference between a routine outage and the destruction of expensive equipment.

This series features low resistance, double-wiping contacts with self-cleaning silver contacts for long-term reliability. They come available with up to 10 decks (20 poles) and allow for between two and eight positions. Series 24 switches are rated at 30 amps @ 600 volts.

These lock-out relays have been put to the test over the years in heavy duty applications, including military and power switching applications.

This series features low-resistance, double-wiping contacts in a smaller package. They are available with up to 10 decks (20 poles) and allow for between 2 and 8 positions. Series 31 switches are rated at 15 amps @ 600 volts.

Use the graphic below, sourced from Electroswitch’s “Switches and Relays for the Power Industry” Guide, to identify the exact product number that you’re looking for: 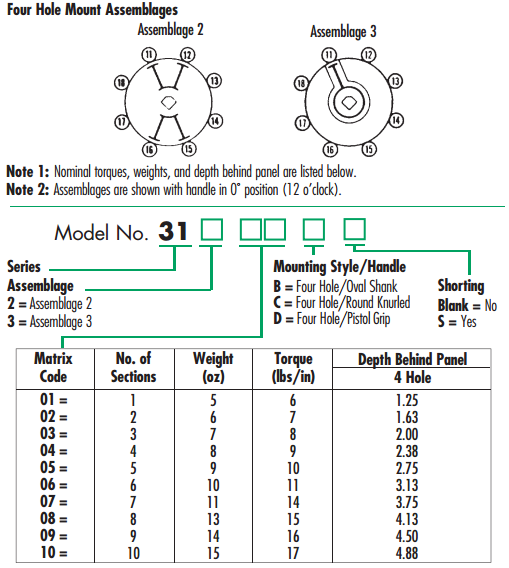 Electroswitch Corporation is a leading manufacturer of electronic switches, relays, and photocontrols. The company was founded in 1946, and over the years began designing and building high-quality switches for the heavy duty Industrial and Electrical Utility markets. Through a series of acquisitions in 1908, Electroswitch became the industry leader in electrically-operated auxiliary relays, and their products are used in virtually every major electric utility in the United States and Canada.

If you’re looking for a specific Electroswitch lock-out relay but can’t find it in our catalog, contact us or give us a call at 216-898-2680.